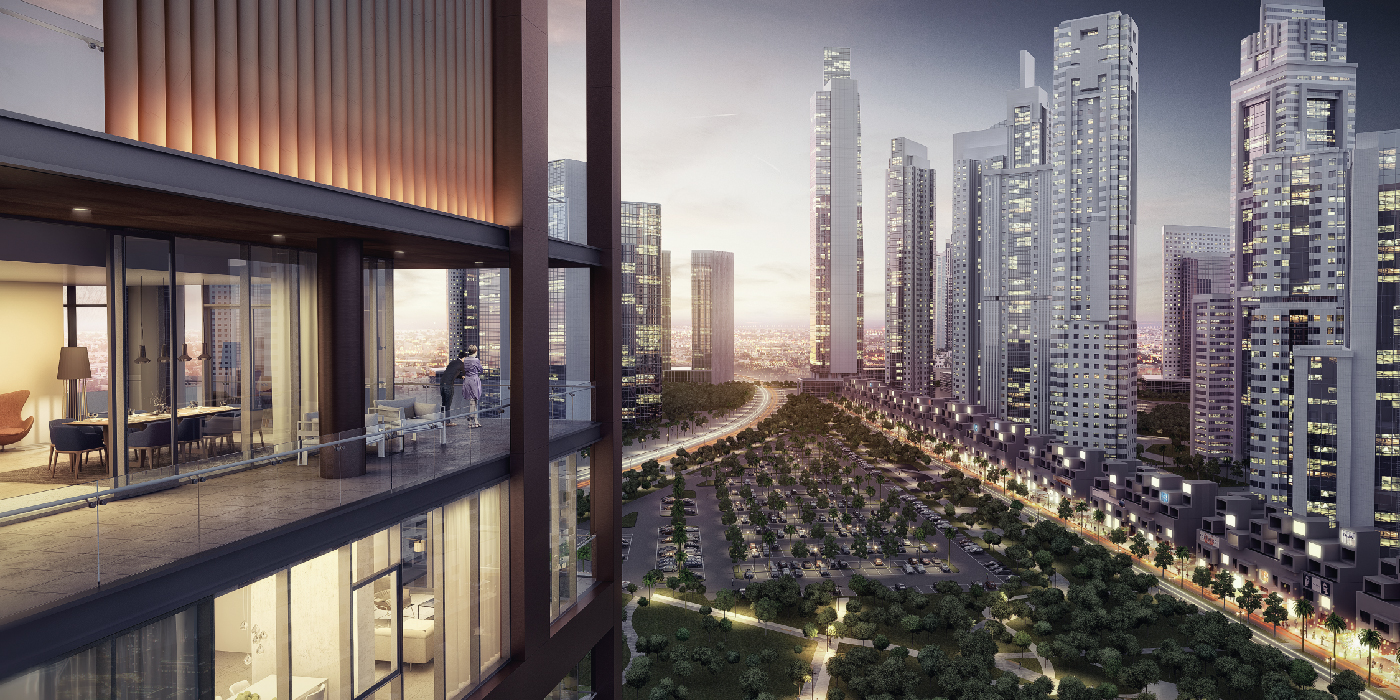 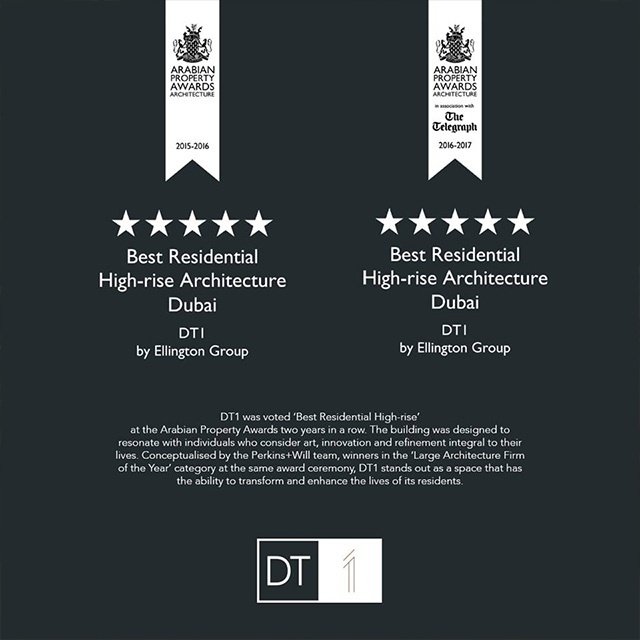 Ellington’s prestigious residential property project DT1 in Downtown Dubai, was voted the ‘Best Residential High-Rise’ during the eighth annual awards ceremony of the Middle East Architect Awards owing to its design, from the inside out.

The state-of-the-art residential project covers approximately 20,000 square metres and rises to a height of 72 metres.

Featuring an elegant but understated façade which reflects the local landscape of the region, the D1 building provides an opportunity for residents to take advantage of its layered exterior by creating inner spaces that come alive with natural sunlight.

In addition to the best high-rise category, the architects of Ellington’s DT1 project, Perkins + Will, won “Large Architecture Firm of the Year” award.

The award was received by Steven Charlton, Principal Managing Director, Perkins+Will Middle East at the 2015 Arabian Property Awards, which took place at the JW Marriott Marquis in Dubai.

Copyright © 2022 Ellington Properties
We value your privacy. Ellington Properties uses cookies and similar technology to collect information that enables us to continuously improve your experience of our website. By clicking Accept, you agree to our use of cookies. Find out more?
Accept