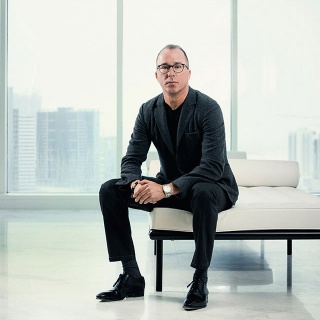 A true property veteran, Robert has developed, marketed and sold some of the world’s largest projects across five continents. Embarking on his career from his native Canada, he developed the country’s largest master-planned urban community, Vancouver’s Concord Pacific Place, for the legendary Hong Kong magnate and philanthropist Li Ka-shing. From there he moved to Concord Adex Developments Corporations where, as Director of Development, he oversaw a $2 billion development scheme in Toronto that became his stepping stone to the world.

Moving to Dubai in 2001, he joined Emaar Properties PJSC, holding various senior roles, including CEO of its North America region and CEO of the overall Real Estate division. He was instrumental in the development of Arabian Ranches, Emirates Living, Emirates Hills, The Greens, and The Dubai Marina, bringing 40,000 residential units onto the market. His crowning achievement was his involvement with the flagship Downtown Dubai project, where from day one he oversaw everything from hiring masterplanners to launching the hotel, retail and residential components, including the iconic Burj Khalifa. Having defined international build standards, he maintains his role at Emaar as advisor to the Chairman.

Robert holds a Master’s degree in Real Property Development & Planning from the University of British Columbia in Canada, as well as a BA in Political Science, and is a regular speaker at real estate conferences around the world.